Why Tobacco is a Young Woman’s No. 1 Nemesis

Before age 50, more than one out of every two heart attacks in women are linked to tobacco. 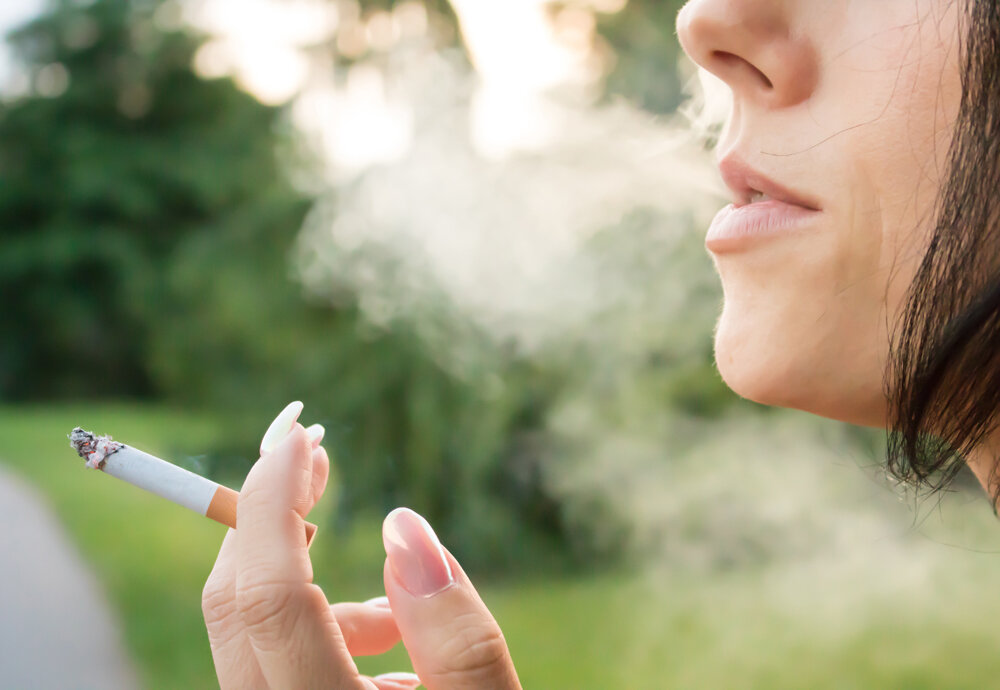 Tobacco is the most alarming avoidable risk factor because it’s responsible for the earliest cardiovascular events in women. At any age, for the same rate of tobacco use, the risk of heart attacks is 25% higher for women than men. Tobacco is harmful for the heart and arteries, no matter how much is consumed. Each cigarette is dangerous: there’s no such thing as a little bit of smoking. According to the 2004 Interheart study, tobacco is the main risk factor for heart attacks in women. Smoking three to four cigarettes per day triples the risk of a heart attack. There’s good news: quitting smoking reduces the risk of a heart attack by 90% before age 40 and nearly 100% before age 30. Smoking is a major risk factor for stroke, particularly for women under 55, putting it ahead of high blood pressure or high cholesterol levels. Combining contraception containing synthetic estrogen with tobacco use is an explosive cocktail that increases stroke risk, especially after age 35 to 40. Smoking is also the primary risk factor for peripheral artery disease, also called peripheral arterial disease, which affects the aorta and lower limbs. The risk is severe occlusion in the leg arteries, leading to amputation, particularly if the woman is taking contraception containing synthetic estrogen. In addition to the harmful cardiovascular effects, smoking causes an exponential increase in the number of people who get lung cancer or chronic obstructive pulmonary disease (COPD), which is an inflammatory disease of the bronchial tubes, leading to repeated hospitalizations and early death. Between 2002 and 2012, this increase was significantly higher in women than in men (See http://invs.santepubliquefrance.fr/beh/2018/35-36/index.html for details). The prevalence of tobacco use during pregnancy remains high in France: 16.2% of pregnant women continue to smoke during their third trimester of pregnancy. Smoking is a major risk factor for maternal and fetal morbidity. It also has a negative effect on a child’s health after birth, lasting even into their adulthood. It’s essential that women stop smoking during pregnancy and support must be provided for women in unstable and vulnerable situations. (Download this PDF for more details: http://invs.santepubliquefrance.fr/beh/2018/35-36/pdf/2018_35-36_2.pdf). While the proportion of female smokers is trending down for 18- to 34-year-olds, the trend is still going up for women aged 45 to 54 (30.8% in 2017 compared to 21.5% in 2000) and those aged 55 to 64 (17.6% in 2017 versus 11% in 2000). One explanation for this increase is that women who started smoking in the 1970s are coming into these age ranges. (See http://invs.santepubliquefrance.fr/beh/2018/35-36/index.html for more details.) According to multiple studies, women are more likely to be addicted than men. They become dependent more quickly and have a harder time quitting. While the enjoyment temporarily masks stress, studies show that tobacco actually causes stress over the long term and quitting can help reduce it. Quitting smoking can do more good than taking an antidepressant. Smokers are two times more likely to attempt suicide and their risk of anxiety is five times higher. Plus, quitting smoking can increase fertility. This is because tobacco negatively affects the mobility of the cilia in the fallopian tubes that help sperm progression. After age 35, using a combined hormonal contraceptive containing estrogen and progestin (pill, patch, vaginal ring) and smoking increases the risk for blood clots in the arteries. Contraception and tobacco both stimulate blood coagulation and their effects are multiplied. At 35, the tobacco/contraception cocktail increases the risk of a heart attack by five times. At 40, the risk is eight times higher. When you combine contraception + tobacco use + migraines, the risk of a stroke is 35 times higher! Before age 35, it’s important to quit smoking and keep using contraception, rather than the reverse. After age 35, it’s still important to quit smoking, but if you keep smoking, you should change your contraceptive method. What’s most important is to quit smoking as soon as possible. The good news is that quitting smoking has lasting benefits at any age, even after 70. But how do we go about quitting, exactly? - Carry a small notebook and every time you smoke a cigarette, write down what triggered the craving. This can help you stop smoking as a reflex. The goal is to eliminate all but the cigarettes that feel essential, like when you first wake up or after having coffee.
- As soon as you get the urge to smoke, suck on a mini lollipop instead. By the time you get the wrapper off, the craving may be gone.
- Use smoking cessation medications like nicotine gum or patches to fight withdrawal. - Get more exercise and take time for relaxation. - And, of course, get help from a trained counselor. 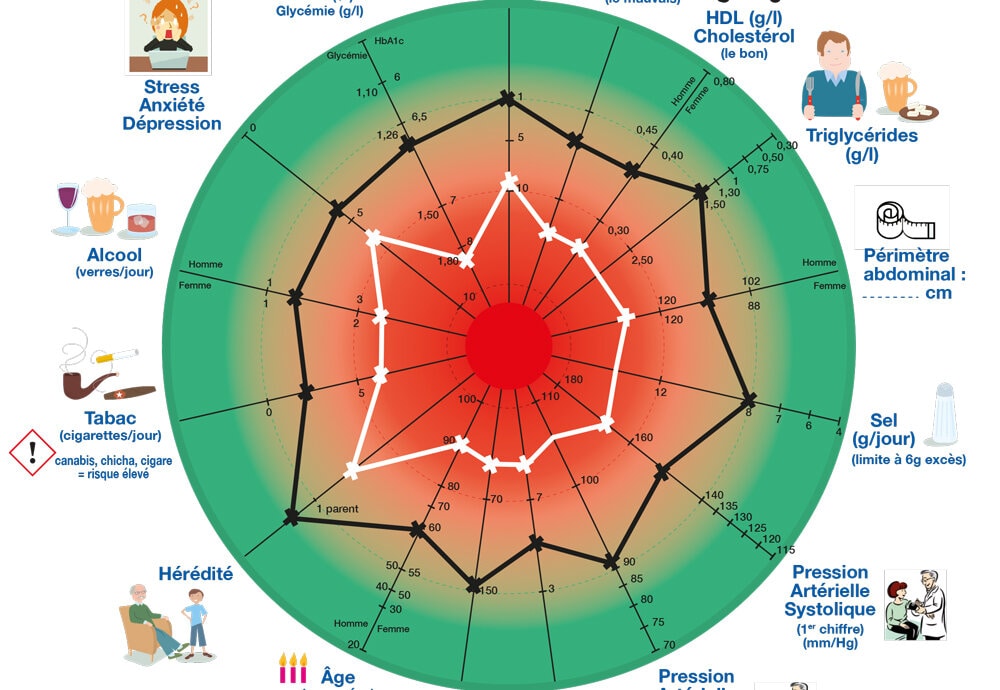 Why Women are More Exposed to Cardiovascular Risk Factors 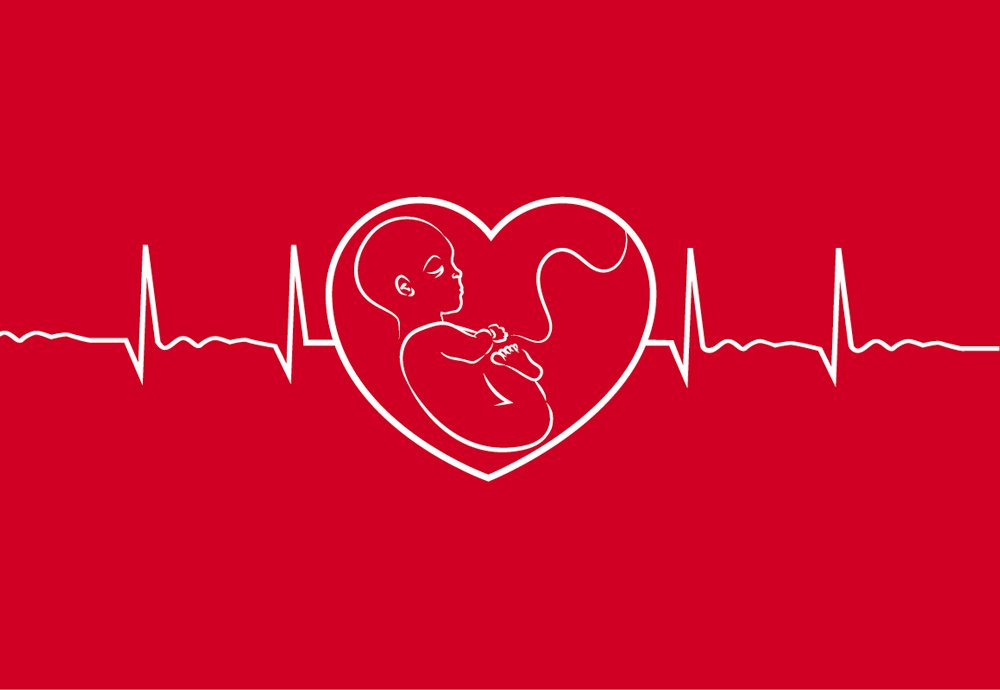 In the majority of cases, chronic heart failure is a contraindication to pregnancy because it could put the mother’s life in danger. During pregnancy and delivery, her heart has to work very hard. Certain medications prescribed for heart failure are known to cause birth defects (they’re considered [...]

In this article, Women’s Cardiovascular Healthcare Foundation highlights how important and necessary it is for women to go through cardiac rehabilitation when they’ve had a cardiovascular event or are at high risk of having one. Dr. Natalia Kpogbemabou, cardiologist and rehabilitation physician at [...]