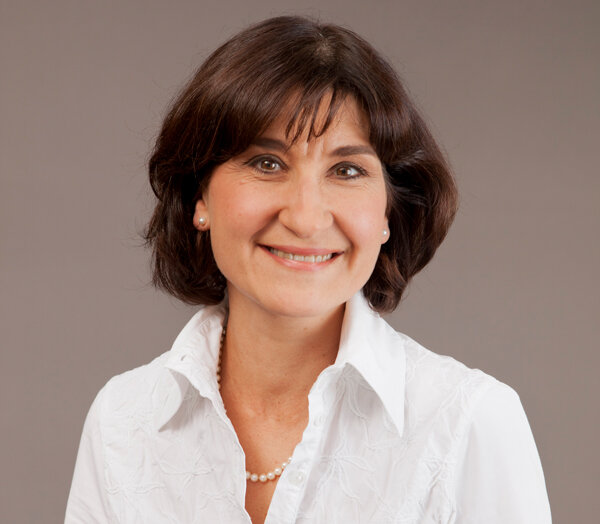 Prof. Claire Mounier-Vehier is a cardiologist particularly dedicated to preventing and fighting cardiovascular diseases in women, a calling she discovered while working at University Hospital of Lille (University Hospital of Lille, France). She earned her medical degree from the school of medicine at the University of Lille 2 in 1991. Appointed professor of vascular medicine in 2003, she has managed the Department of Vascular Medicine and Hypertension at University Hospital of Lille’s heart and lung institute (Institut Cœur Poumon) since 2005. From 2015 to 2019, Prof. Mounier-Vehier served in a volunteer capacity as president of the Fédération Française de Cardiologie (French Federation of Cardiology) Nord-Pas de Calais where she conducted pilot projects that promoted cardiovascular health for women in high-risk situations. She now focuses on encouraging women to play the essential role of actors in their own health. In France, 75,000 women die each year from cardiovascular disease, making it the leading cause of death due to lack of screening, ignorance about the warning signs, and late treatment. For Prof. Mounier-Vehier, this situation is unacceptable. As a pioneer in the emerging field of gynecardiology, she launched the Cœur–Artères–Femmes (Heart–Arteries–Women) integrated care pathway in 2013 at University Hospital of Lille. This pathway offers an interdisciplinary evaluation of risk factors that takes into account a woman’s hormonal status and includes therapeutic education that promotes a healthier lifestyle, an essential factor in preventing cardiovascular disease. This initiative is even more critical as the disease impacts women at progressively younger ages: hospitalizations for heart attacks are increasing 5% per year for women aged 45 to 55. In addition, Prof. Mounier-Vehier also conducts epidemiological research as part of the Equipe d’Accueil 2694 team working on epidemiology and healthcare quality in the public health arena directed by Prof. Alain Duhamel. Her research at the University of Lille focuses on hypertension and cardiovascular risk in women. She oversaw the creation of multiple recommendations for clinical practice in women’s hypertension at the Société Française d’Hypertension Artérielle (French Society of Hypertension). She co-authored the book La Ménopause en Pratique (Menopause in Practice) with Prof. Geneviève Plu-Bureau and Dr. Brigitte Raccah-Tebeka, published in 2019 by Elsevier Masson. She is also editor-in-chief of the French magazine La Presse Médicale Formation (Medical Training Review), also published by Elsevier Masson. Prof. Mounier-Vehier is always juggling multiple projects, from conducting research to serving on Direction Générale de la Santé commissions (part of the French Ministry of Health). She also travels throughout France, sharing her experience at conferences for the general public and for physicians. She regularly appears in the media to widely communicate an essential prevention message: cardiovascular disease is an environmental disease that strikes without warning but doesn’t kill by chance. It’s up to us to develop a healthy lifestyle and to promote responsible prevention as an act of solidarity so we can avoid cardiovascular disease rather than treat it! Prof. Mounier-Vehier is a Knight of the French Legion of Honor and author of Mon Combat pour le Cœur des Femmes (My Fight for Women’s Hearts), published by Marabout. She is also winner of the 2019 Jean Bernard prize awarded by the Fondation pour la Recherche Médicale (Foundation for Medical Research) to honor personalities in the scientific world who have expanded public health knowledge through their experience.

Thierry Drilhon has 35 years of experience in the fields of technology, digital transformation, and innovation acquired as an international director for companies like Microsoft, where he was Deputy General Manager, and Cisco Systems, where he became CEO France in 2000, EMEA President, then Senior Vice President based in Paris and San Francisco, and member of the Global Executive Committee. In 2012, [...] 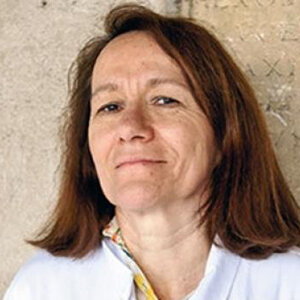 Geneviève Plu-Bureau is professor of gynecology and holds a PhD in biomathematics. A graduate of the department of medicine at Paris Descartes University, she began her clinical practice in Paris at Necker-Enfants Malades hospital, Hôtel-Dieu de Paris hospital and Cochin-Port-Royal hospital. She currently directs the gynecology department at Port-Royal hospital in Paris. She also conducts research [...]